Previous Next
Scientific Results For Affirmations

PET scans show that if you practice doing affirmations you actually CAN change the way your brain filters info and informs your world and you can transform your life with this technique. 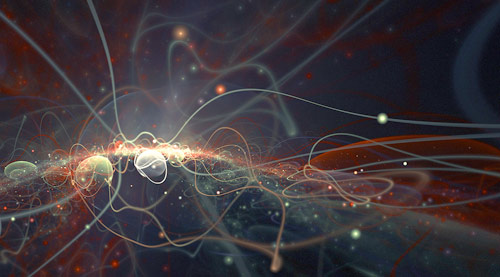 This is an image of how your brain synapses might look while changing!

Dr. Mona Lisa Schultz, M.D., PH.D., is on the You Can Heal Your Life movie that Louise Hay created. On the second CD are detailed interviews with the various people that participated in the making of the movie and Mona said some fascinating things about affirmations that I’d like to share with you. I’ve done the best I can transcribing from the video and summarizing her words for you.

Basically, Dr. Schultz talks about how people who have thought patterns such as:
“I’ve got one health problem after another” and they change that to:
“I love myself the way I am” might begin to notice physical changes in their bodies to support this new way of thinking.

Instead of berating themselves for what they might consider “problems” and impediments in their health, they start loving themselves as they are and it’s possible their bodies respond more to love than negative criticism. Because don’t we all respond better to love than condemnation?

When you start thinking positive thoughts about your situation, you begin to rewire the established negative patterns in your brain and eventually your brain starts believing the new positive thoughts and translates them into physical reality. Kinda makes our big “king of the animals” brains sound pretty simple doesn’t it?

Dr. Schultz:
“We can rewire the patterns in our brain with cognitive behavioral therapy or affirmations. Affirmations change the way our brains are wired and the brain lights up differently. So it’s not just this flow, woo-woo stuff with purple, but it really has bio-chemical, neuro-chemical, neuropharmacological affects just as effective, if not more effective, than Prozac, Zoloft, whatever else you have.

Louise Hay writes this little book and lo and behold, she discovers something by observation that science supports decades later and we can now see how it works, at least from a bio-chemical point of view, on a functional MRI PET Scan.

So I will forever be indebted to Louise Hay because of what she did for me personally. She woke me up. And for what she has done as a revolutionary for modern medicine”.

Honestly, I don’t know what the hell about bio-chemical, neuro-chemical or neuropharmacological’s – these are not words that I use in everyday conversation – but I thought I would leave them in there because they sound fancy and some people are impressed with stuff like that. Silly. But really, all those words are about the ability of the body to heal itself and change dramatically without the aid of medications.

I have the You Can Heal Your Life book and the You Can Heal Your Life movie. I found that watching the DVD made the statements in the book make more sense. While I lean in towards some kinds of “woo-woo” it still was important for me to know that the affirmations weren’t “empty” but that there is scientific evidence that they work. I’ve heard it takes 1 to 3 months to change a habit. Negative thoughts are just that, bad habits. So don’t give up after 2 days if you don’t see results. Stick to it and watch as changes unfold over time and good thoughts replace bad ones.

Louise has a lovely way of saying it: “Let’s say you plant a tomato seed in fertile soil and you water it and let the sun shine on it. When the first tiny shoot comes up you don’t stomp on it and say “That’s not a tomato plant!”. Instead you look at this first breakthrough and exclaim with glee “Oh boy! Here it comes! It’s working!” And that’s how it all starts, just a little seed of thought that grows and grows.

I especially like doing affirmations in the tub as I am already in a warm and receptive state just by being there. That’s why I’d recommend for you to get started on doing them in the tub, and then branch out to while you are driving, walking, waiting in line, etc….just get in the habit of watching for negative thoughts and have something sweet to counter them with.

You CAN rewire your brain and one day, soon, you won’t be thinking “man, I am sick all the time”. You’ll be thinking “Wow, I really feel fantastic today!”

Disclaimer! If you are on medication, don’t drop them and start affirming and say The Bath Tub Diva told you to! No! Be kind to yourself and start with positive affirmations, see what changes happen and talk to your doctor about your medication.